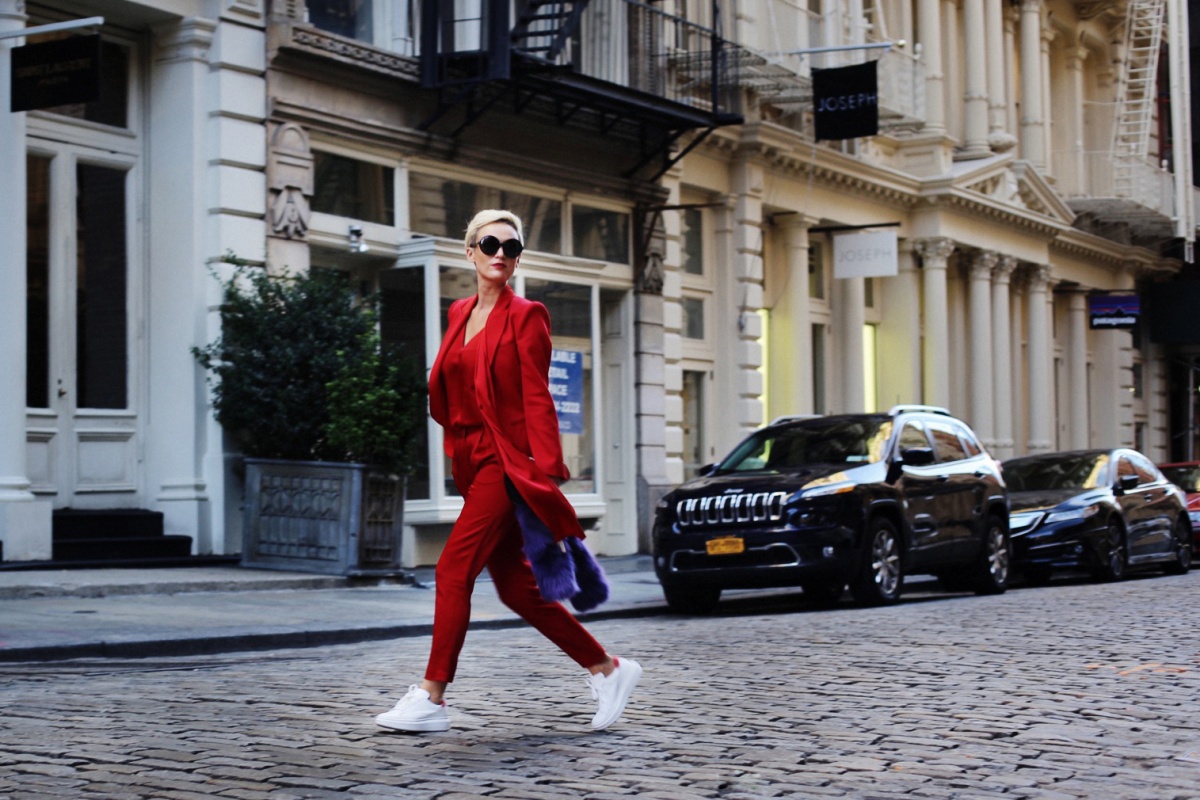 Because I believe in the work of Romanian designers, at every Fashion Week I try to combine made in RO pieces in my outfits, we do have reasons to be proud. It’s true that the big brands are more popular with street style photographers, but I believe that a mix made only with a very known brands aren’t that original.

I always thought and still have the same opinion, that you combine pieces from young designers with mass market brands and add a touch of luxury brands, you put your creativity to work. A catwalk outfit looks spectacular indeed, but it isn’t your creation but the designer’s.

I promised in the last post that I’ll tell you about the presence of Romanian designers at NYFW, designers who have extensive experience in fashion.

CatchMichelle was founded by Teleaga Mihaela in 2013 in London. She studied at the Marangoni Institute, where she also had an internship at Vivienne Westwood. But I’ll tell you more about her in  another post, one that I will show a photoshoot with one of her designs from this year’s collection presented at NYFW.

Bianca Pop-founded the brand that bears her name in 2008 in Paris after studying at the Marangoni Institute in Milan and worked 10 Corso Como. Her collection from NY will appear soon on her official Facebook page. Until then, if you want to see her designs live, there’s will be available on the 8th and 9th of October in the pop-up shop Band of Creators. More about the event here.

The girls from Spoff, Laura Bonciu  and Patricia Adascalitei, studied at the National University of Arts in Bucharest. They met in 2015 being involved in a project for Romanian Design Week and being attracted to the same creative style, they began their first capsule collection earlier this year. NYFW was the first international experience for them and I hope that will not be the last. In February at Milan Fashion Week I wore a pastel pink coat from their first collection. They too will be present in the Band of Creators pop up shop, which unfortunately I will miss.

Other Romanians present at NYFW were Rozalia Bot and Ioana Calin, I’ve discovered  them there and I was very excited.

The star brand from today’s outfit is also a Romanian one, Styland, with a fur detail from Paisi and a vintage clutch from Jimmy Choo.

The 2 Styland suits worn during NYFW were the most popular outfits by street style  photographers. Made flawlessly, perfect for my androgynous style and in very contemporary colors, these outfits appeared on NewYork.com, Time.com and WSGN. With a visit to their showroom you’ll  enter a world of well-dressed ladies and I do not like to use big words, without a real basis. 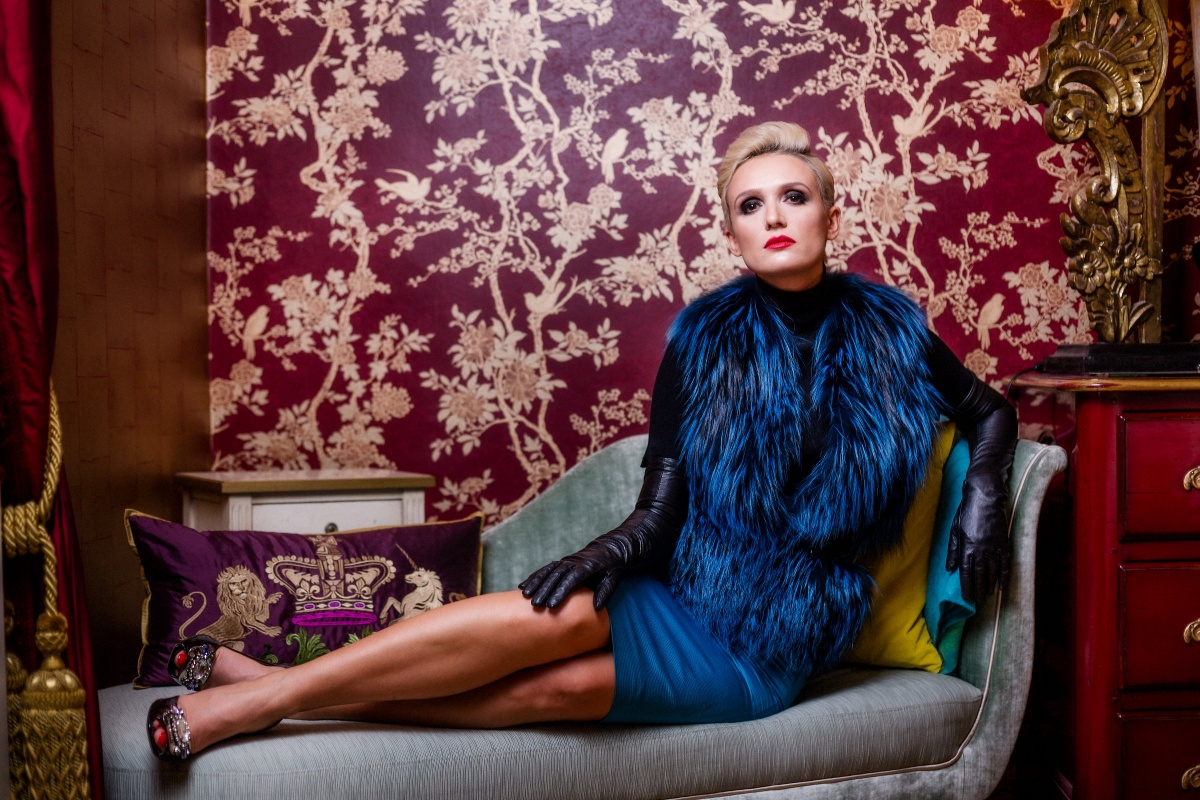 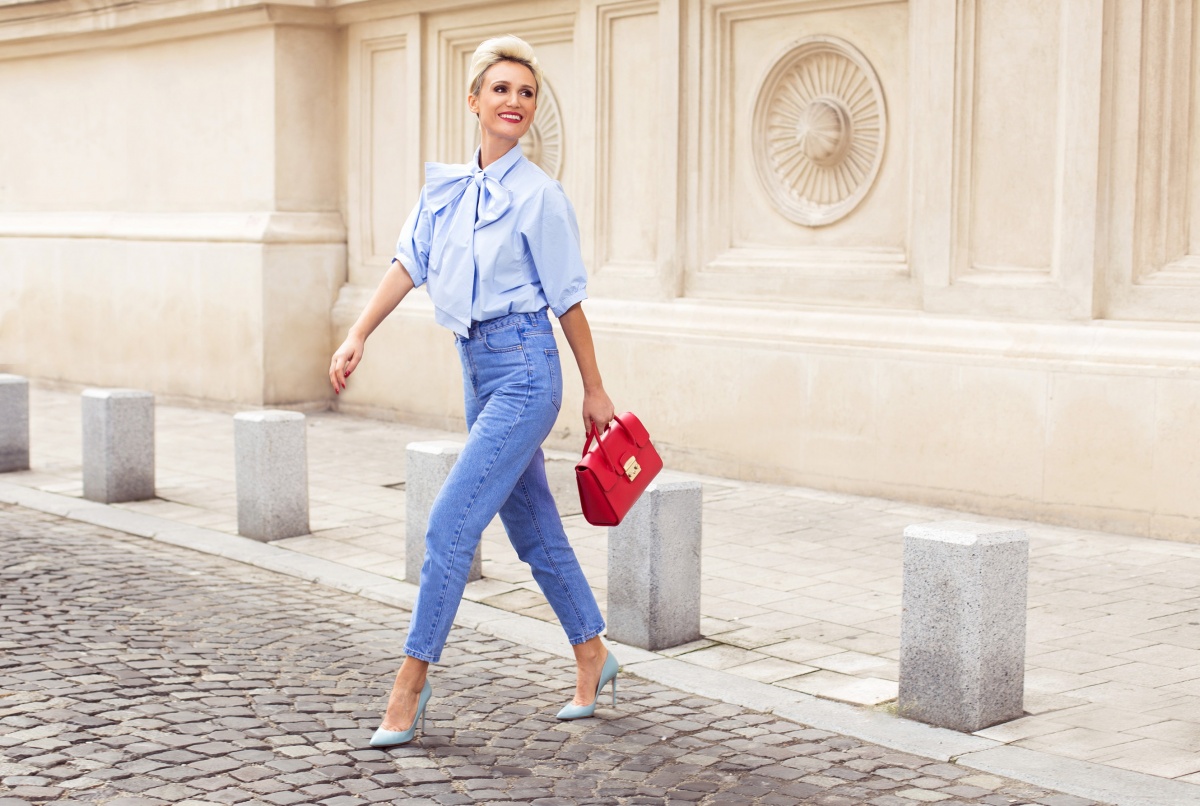 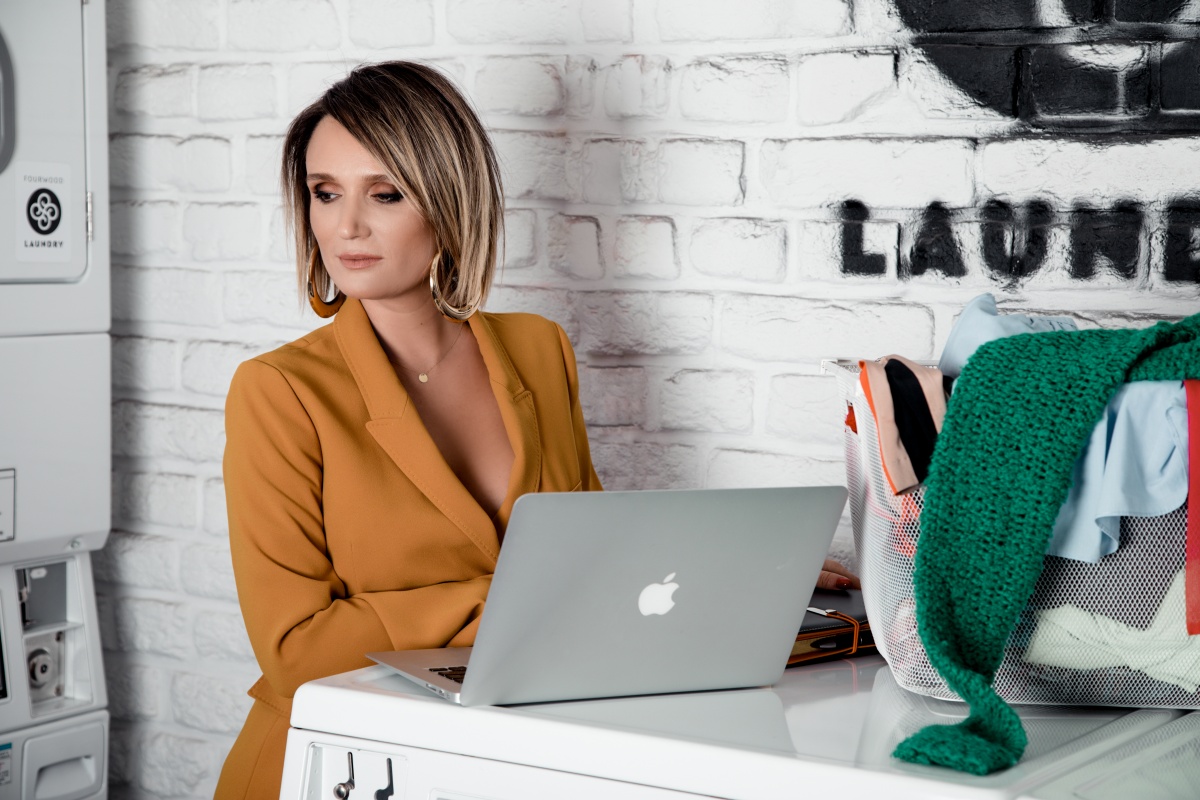 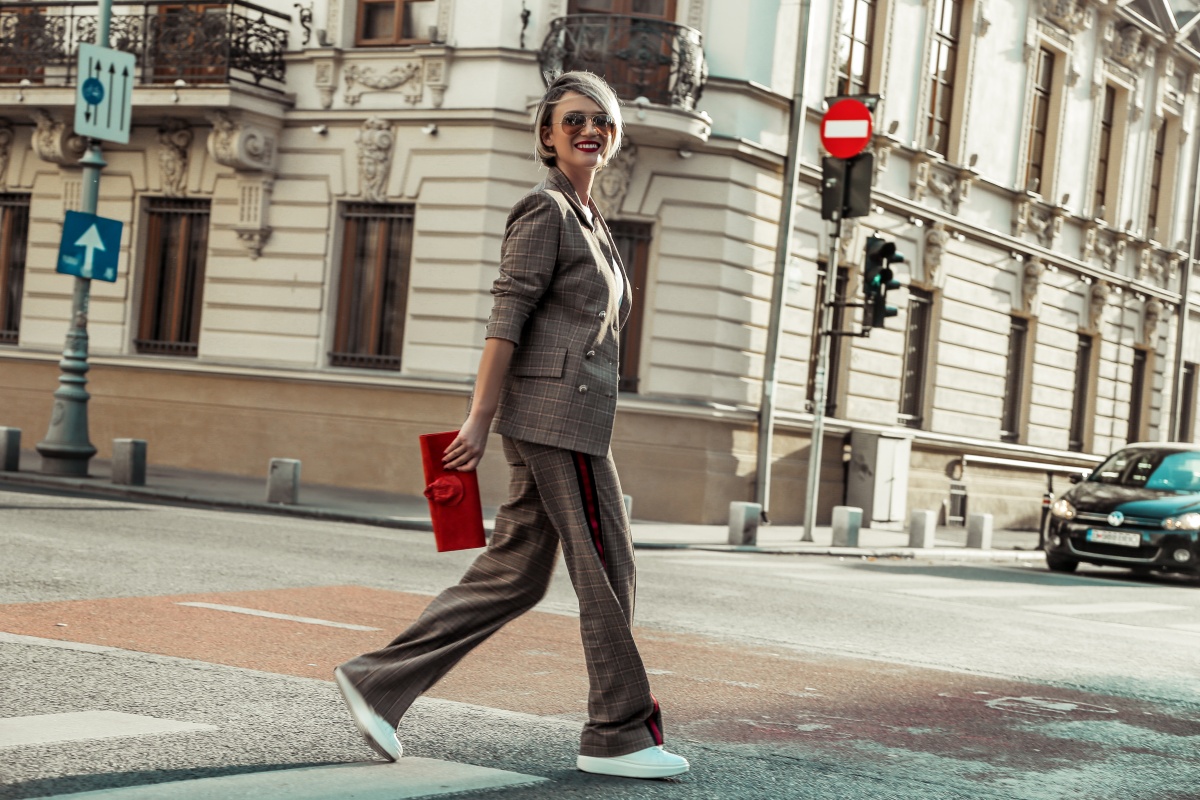 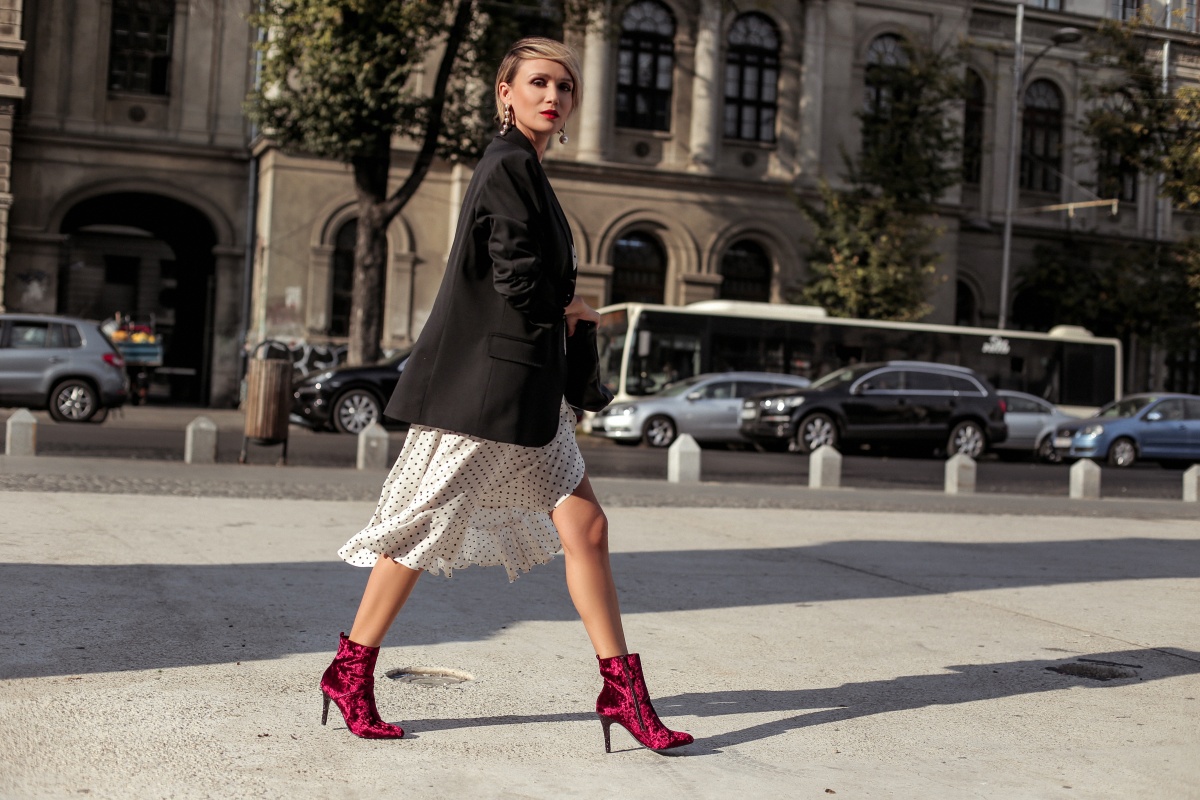 Stylish outfits inspired by the new fall collection of Humanic